While many songs might put you to sleep, there are plenty of great songs written about the actual act of sleeping itself. Funny enough, most of these songs aren’t peaceful songs to lay your head down to at night, but rather proclamations about what does or doesn’t happen when you hit the hay.

From rap to rock, grunge to trance, sleep is a common thread throughout songwriting. It should be since it’s one of the things all artists have in common—we all have to go to sleep eventually.

Below are some of the greatest songs about sleep you should be blasting in your headphones… but maybe not right before bedtime.

Listen To Our “Dream On” Playlist

“Sleep to Dream” by Fiona Apple

As a self-described “Sullen Girl,” Fiona Apple never shies away from sharing her feelings no matter how dark they are. Her hit album Tidal gave 90s fans emo vibes for years to come, and now make for a great karaoke song. Her single “Sleep to Dream” has the songstress describing how a night’s sleep isn’t as tranquil for her as it might be for others around her.

“No Sleep ‘Til Brooklyn” by Beastie Boys

The Beastie Boys mastered the art of mixing rap and rock for a sound that crossed cultures and boundaries. Their “No Sleep Til Brooklyn” single was a smash hit, describing New York City party life in the late 80s.

Some nights, you go deep and you don’t get no sleep — just like Janet. Every now again you gotta stay up all night to live your life. This ultra-90s party anthem can get almost anyone dancing to the groove and singing along with the favorite Jackson sister.

Passion Pit is great at making dance trance tracks that can put anyone in a good mood. Their 2010 hit “Sleepyhead” is filled with piano, bass, beat tracks and high-pitched singing to amp up their listeners and make them anything but sleepyheads.

Who needs words when you have the perfect beat in a song? Whether you’re on the dance floor, driving with the windows down or nodding off with your headphones in, Jamie XX’s “Sleep Sound” is the perfect background music to make any moment a little more beautiful.

“Where Did You Sleep Last Night” by Nirvana: Unplugged

Nirvana’s MTV Unplugged is one of the greatest acoustic performances of all time. Kurt Cobain is electric and vulnerable all at the same time, covering the traditional American folk song “Where Did You Sleep Last Night” (also known as “In The Pines”) in a haunting way that leaves you wondering the meaning behind it all.

“I’m Only Sleeping” by The Beatles

No list of great songs is complete without The Beatles. Everyone has their personal favorite Beatles album, but you can’t deny the power of their 1966 classic Revolver, complete with their psychedelically soothing jam “I’m Only Sleeping.”

“Oh little sleepy boy, do you know what time it is?” says Paul Simon in his smooth “St. Judy’s Comet” from his 1973 There Goes Rhythm album. Like all Paul Simon songs, he’s telling a story while also teaching you a lesson during a calm stream of guitar and percussion, overlayed with his soothing voice.

“You Can Close Your Eyes” by James Taylor

James Taylor often sounds like a lullaby, but his “You Can Close Your Eyes” really can rock anyone to sleep. Part love song, part lullaby, James Taylor really always makes you feel like it’s going to be all right.

“From The Morning” by Nick Drake

No night’s sleep is complete without waking up in the morning. Nick Drake poetically describes a beautiful day with the one he loves in his lesser-known track “From The Morning.”

25 Songs To Help You Fall Asleep

How Often Should You Replace Your Mattress? 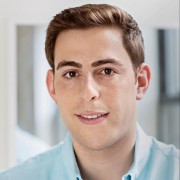 Sleep Positions: Hidden Meanings & What They Might Say About You

Is My Shoulder Pain From Sleeping on My Side?

Is Sleeping on Your Stomach Problematic?

25 Songs To Help You Fall Asleep

Why Natural Latex Mattresses Are Safer Than The Alternatives

Everything You Should Know About Latex Mattress Allergies

How Long Does A Latex Mattress Last?